January New Releases on my TBR 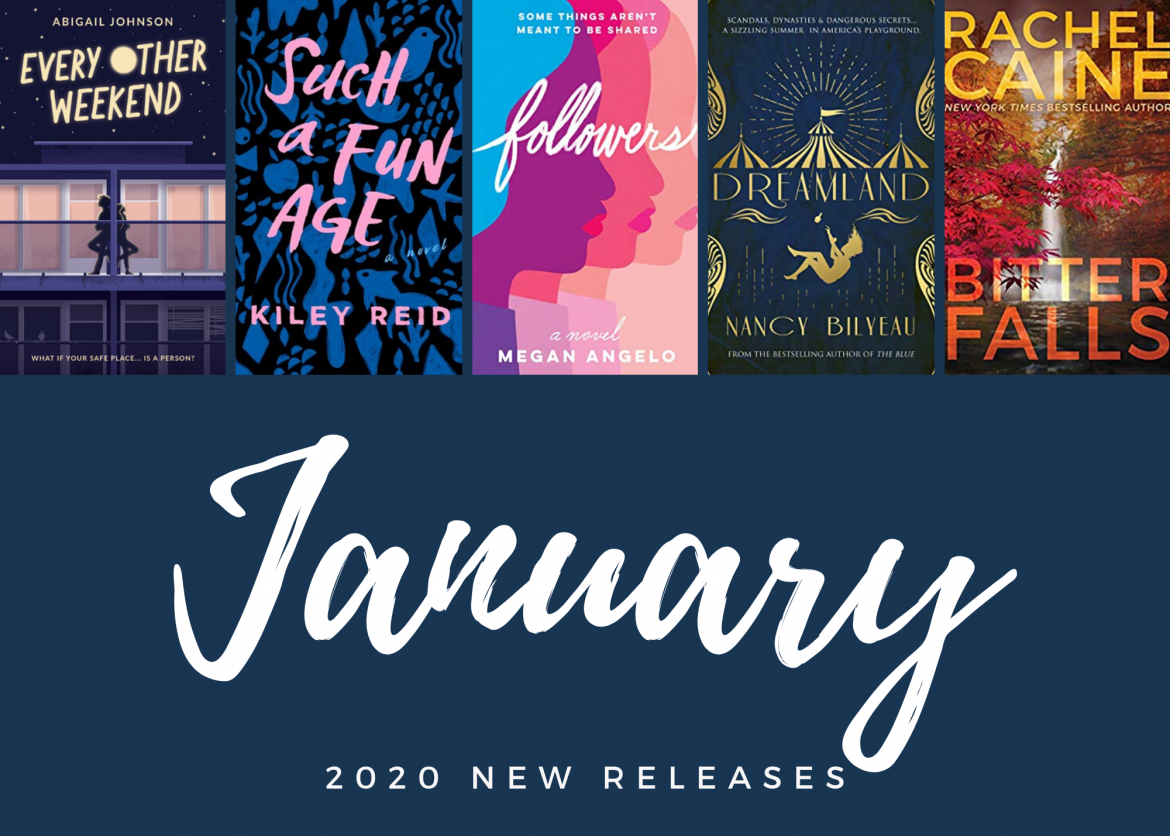 I find that I either dive head first into New Releases and completely forget about backlist books, or vice versa. One of my 2020 reading goals is to read 50% New Releases (to stay on top of the book world!) and 50% backlist books I have yet to get around to. So, instead of publishing a quarterly/seasonal New Release post, I’m going to do a (smaller) monthly post of books I actually really, really want to read. Many of these have been pre-ordered (I’ll note which) and I will be eagerly awaiting them come January!

All release dates are based on the UK Release of the paperback or hardcover (according to Amazon), not the digital edition. So some of these may already be out in your location in preferred format – definitely head over to the Amazon link included if you’re interested!

January New Releases on my TBR

Such a Fun Age by Kiley Reid

Read Full Description
When Emira is apprehended at a supermarket for ‘kidnapping’ the white child she’s actually babysitting, it sets off an explosive chain of events. Her employer Alix, a feminist blogger with a ‘personal brand’ and the best of intentions, resolves to make things right.

But Emira herself is aimless, broke and wary of Alix’s desire to help. When she meets someone from Alix’s past, the two women find themselves on a crash course that will upend everything they think they know – about themselves, each other, and the messy dynamics of privilege.

I read the description of Such a Fun Age and immediately pre-ordered it. This sounds like it would be perfect for a book club discussion, a la This Is How It Always Is and All We Ever Wanted (two books that I read before I joined a book club that I’ve always been desperate to discuss!). I love unlikely friendships and books that bring up current issues in a way that isn’t too overbearing and this seems to tick both boxes.

Every Other Weekend by Abigail Johnson

Read Full Description
Adam Moynihan’s life used to be awesome. Straight As, close friends and a home life so perfect that it could have been a TV show straight out of the 50s. Then his oldest brother died. Now his fun-loving mom cries constantly, he and his remaining brother can’t talk without fighting, and the father he always admired proved himself a coward by moving out when they needed him most.

Jolene Timber’s life is nothing like the movies she loves–not the happy ones anyway. As an aspiring director, she should know, because she’s been reimagining her life as a film ever since she was a kid. With her divorced parents at each other’s throats and using her as a pawn, no amount of mental reediting will give her the love she’s starving for.

Forced to spend every other weekend in the same apartment building, the boy who thinks forgiveness makes him weak and the girl who thinks love is for fools begin an unlikely friendship. The weekends he dreaded and she endured soon become the best part of their lives. But when one’s life begins to mend while the other’s spirals out of control, they realize that falling in love while surrounded by its demise means nothing is ever guaranteed.

This sounds like such a cute YA book that also tackles the very common situation of split households. Adam and Jolene get to know each other every other weekend where they face their own issues, support each other, and fall in love.

Read Full Description
When everyone is watching you can run, but you can’t hide…

2051. Marlow and her mother, Floss, have been handpicked to live their lives on camera, in the closed community of Constellation.

Unlike her mother, who adores the spotlight, Marlow hates having her every move judged by a national audience.

But she isn’t brave enough to escape until she discovers a shattering secret about her birth.

An explosive and unsettling novel set in the near-future, perfect for fans of Station Eleven, Black Mirror, The Circle and Friend Request.

First of all, this cover is really fun, so I immediately pre-ordered a copy. I also love books that include a unique point of view about an everyday topic – this one takes a look at social media and influencers. I’m sure there will be plenty of talking points within!

Read Full Description
She’s investigating a cold case no one else could—by going places no else would dare.

In spite of a harrowing past still haunting her, Gwen Proctor is trying to move forward. Until a new assignment gives her purpose: the cold-case disappearance of a young man in Tennessee. Three years missing, no clues. Just Ruth Landry, a tortured mother in limbo. Gwen understands what it’s like to worry about your children.

Gwen’s investigation unearths new suspects…and victims. As she follows each sinister lead, the implications of the mystery grow more disturbing. Because the closer Gwen gets, the closer she is to a threat that looms back home.

In a town that’s closed its ranks against Gwen; her partner, Sam; and her kids, there’s no bolder enemy than the Belldene family—paramilitary, criminal, powerful, and vengeful. As personal vendettas collide with Gwen’s investigation, she’s prepared to fight both battles. But is she prepared for the toll it could take on everyone she loves?

I’m jumping the gun a bit here because I actually still need to read the third book in this series, but I was still so excited to see a fourth one coming out. I’ve read the first two books in Rachel Caine’s Stillhouse Lake series and found them both to be so incredibly addicting. If you’re looking through something to tear through, I highly recommend the series – start with the first book, Stillhouse Lake.

Read Full Description
The year is 1911 when twenty-year-old heiress Peggy Batternberg is invited to spend the summer in America’s Playground.

The invitation to the luxurious Oriental Hotel a mile from Coney Island is unwelcome. Despite hailing from one of America’s richest families, Peggy would much rather spend the summer working at the Moonrise Bookstore than keeping up appearances with New York City socialites and her snobbish, controlling family.

But soon it transpires that the hedonism of nearby Coney Island affords Peggy the freedom she has been yearning for, and it’s not long before she finds herself in love with a troubled pier-side artist of humble means, whom the Batternberg patriarchs would surely disapprove of.

Disapprove they may, but hidden behind their pomposity lurks a web of deceit, betrayal and deadly secrets. And as bodies begin to mount up amidst the sweltering clamour of Coney Island, it seems the powerful Batternbergs can get away with anything…even murder.

Extravagant, intoxicating and thumping with suspense, bestselling Nancy Bilyeau’s magnificent Dreamland is a story of corruption, class and dangerous obsession.

I just finished The Night Circus and enjoyed it so much that I find myself drawn toward anything even slightly whimsical. The cover of Dreamland is no exception – and a historical fiction novel based at Coney Island? Yes, please! And the book involves a bookstore so, yes, it really does sound like a dreamland! Given that January is Historical Fiction month for the 2020 Diversify Your Reading Challenge, I’m thinking I’ll need to read this as soon a it comes out!

Which of these do you want to read?

Announcing the 2022 Diversify Your Reading Challenge

6 Young Adult Series that I Loved...

Explore New Genres with the 2023 Diversify...

I’m eager to get my hands on a copy of Followers! I think I just entered a Goodreads giveaway for Dreamland too. Lots of interesting picks!